George Aaron Barton (1859-1942) author, scholar, and Professor of Semitic languages. He graduated from Haverford College, B.A., 1882 and M.A., 1885. Barton received his Ph.D., 1891 from Harvard. He taught at the Friends School (Providence, R.I.), 1884-1889; at Haverford College, 1889-1893; and at Bryn Mawr, 1899-1922. Barton was professor of Semitic languages at the University of Pennsylvania, 1922-1931 and Professor Emeritus, 1932-1942. He was also appointed director of the American School of Oriental Research in Baghdad, 1921-1934. Internationally known for his writings on Biblical subjects, he was also a noted scholar of archeology, helping appraise and interpret the findings of many archeological expeditions of the Middle East. 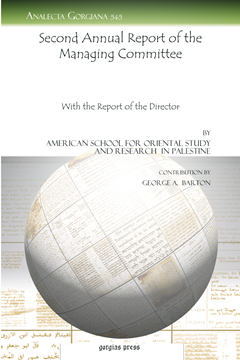 With the Report of the Director 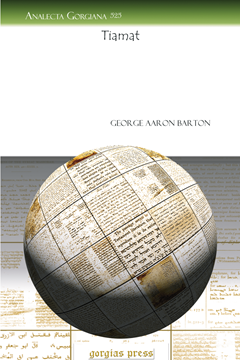 By George Aaron Barton
Series: Analecta Gorgiana 525
ISBN: 978-1-61719-040-7
Tiamat was the Babylonian sea deity. The sea was affiliated with evil. Tiamat was therefore thought to be evil. As a result, the writers of Genesis 1 purposely omitted any wording relating to the word ‘sea’.
$37.00 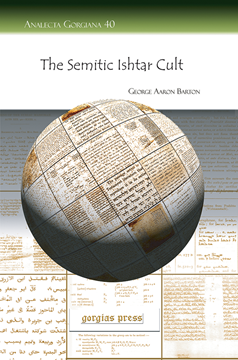 By George Aaron Barton
Series: Analecta Gorgiana 40
ISBN: 978-1-59333-851-0
Textual evidence regarding the ancient Near Eastern goddess Ishtar is carefully cataloged, transliterated and translated. This is a great resource for anyone interested in the languages and religions of the ancient Near East or Biblical Literature.
$57.00