The Opera Minora series of the century-old Harvard Oriental Series aims at the swift publication of important materials that cannot be included in the mainly text-oriented Harvard Oriental Series. Therefore, Opera Minora include the publication of seminal conferences, archeological reports, important dissertations, currently controversially discussed topics in Indology and South Asian studies, biographies of outstanding scholars, supporting materials such as linguistic or historical atlases or indexes of important works.

The past 9 volumes, not always of 'minor' size, contain examples of most of these topics, for example an archeological report on recent excavations in South Asia and Iran related to the Indus civilization 2600-1900 BCE), a large volume with papers of the 5th Vedic workshop, a language atlas of South Asia with detailed statistical data, two volumes with work in progress on the second oldest Indian text (Paippalāda Atharvaveda), or a discussion of the ever-controversial topic (in India) of "Aryans versus non-Aryans". 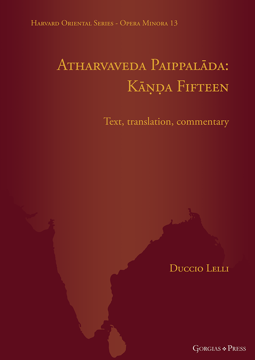 By Duccio Lelli
Series: Harvard Oriental Series - Opera Minora 13
ISBN: 978-1-4632-4204-6
Since its discovery and the initial efforts toward its critical edition, the Paippalādasaṃhitā of the Atharvaveda (PS) has attracted the attention of Vedic scholars and Indologists for several reasons. It constitutes a precious source for the study of the development of the earliest language. The text contains important information about various rites and magical practices, and hints about the oldest Indo-Iranian and Indo-European myths. All of this makes the PS a text of inestimable value for the study of Indian language and culture.
$139.00 $97.30 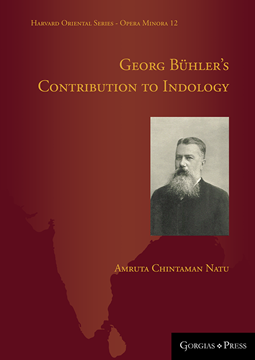 By Amruta Chintaman Natu
Series: Harvard Oriental Series - Opera Minora 12
ISBN: 978-1-4632-4049-3
This book deals with the life and pioneering work of Georg Bühler in the various fields of Indology. It argues that Bühler's interactions with the 19th c. India influenced his approach as a researcher and in turn his methodology which then followed his self-developed path of Ethno-Indology. The work is a result of study for the doctoral degree of the Savitribai Phule Pune University, Pune, India. Along with source materials available in India, the author consulted those in Germany and Austria.
$114.95 $80.46 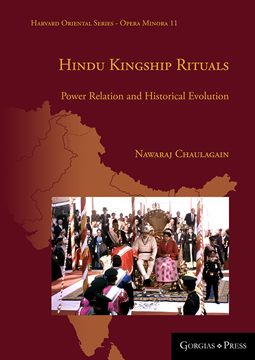 By Nawaraj Chaulagain
Series: Harvard Oriental Series - Opera Minora 11
ISBN: 978-1-4632-4047-9
In recent decades, Nepal has witnessed a dramatic shift from its ancient form of Hindu kingship to a federal republican democratic secular order, with the official dissolution of monarchy in 2008. This study deals with the religious lives of the Śāh kings of Nepal, concentrating on such major rituals as the “coronation” (rājyābhiṣeka) and the autumnal navarātri (Goddess-centered) festival. This study unravels how religion and politics were deeply intertwined in the ritual activities, and how the rituals, in their traditional deeply religious and devotional settings, exerted a maximum of socio-political powers for the king and his institutions.
$98.00 $68.60