Mark Beaumont is a research associate at London School of Theology who has published widely on Christian-Muslim relations both in the early era of Muslim rule and in recent times. His Open University PhD was published in 2005 as Christology in Dialogue with Muslims: A Critical Analysis of Christian Presentations of Christ for Muslims from the Ninth and Twentieth Centuries. In 2018 he edited Arab Christians and the Qurʾan from the Origins of Islam to the Medieval Period. In 2021 he published The Theology of ʿAmmār al-Baṣrī: Commending Christianity within Islamic Culture, which is a companion study to the translation of ʿAmmār al-Baṣrī's two works. 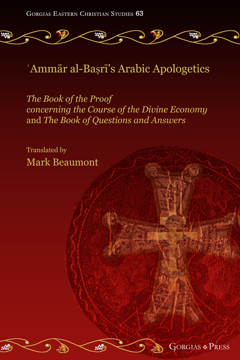 Translated by Mark Beaumont
Series: Gorgias Eastern Christian Studies 63
ISBN: 978-1-4632-4458-3
A new English translation of the two apologetic works by the 9th-century East Syrian theologian ʿAmmār al-Baṣrī. The Book of the Proof and The Book of Questions and Answers were written to defend Christian beliefs in the face of Muslim criticism.
$60.00 $48.00 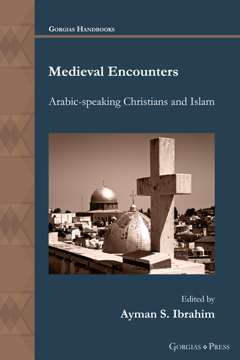 Edited by Ayman S. Ibrahim; Contribution by Mark Beaumont, David Bertaina, Clint Hackenburg, Sandra Toenies Keating, Michael F. Kuhn, John C. Lamoreaux, Mourad Takawi, Jack Tannous, Alexander Treiger & Mina Yousef
Series: Gorgias Handbooks 55
ISBN: 978-1-4632-4447-7
A sourcebook of major Arabic Christian theologians and texts from the 9th-11th centuries. Christian authors who spoke and wrote Arabic had no choice but to engage with Islam and the complex realities of life—initially as a majority, later as a minority—under Muslim rule. They had to express their theology in new ways, polemicize against the claims of a new religion, as well as defend their doctrines against Islam’s challenges.
$55.00 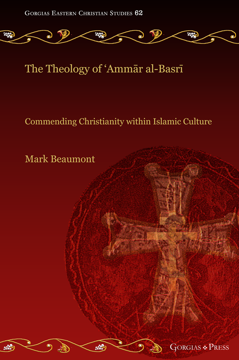 By Mark Beaumont
Series: Gorgias Eastern Christian Studies 62
ISBN: 978-1-4632-4361-6
ʿAmmār al-Baṣrī (d.c. 850) was the first Christian to write a systematic theology in Arabic, the language of the Muslim rulers of ʿAmmār’s Middle East. This study of his two works that were only discovered in the 1970’s seeks to analyse the way he defends Christian beliefs from criticism by Muslims over the authenticity of the Gospels, the Trinity, the divinity of Christ, the Incarnation, the death of Christ by crucifixion, the resurrection of Christ, and the nature of the afterlife. ʿAmmār al-Baṣrī wrote his theology in dialogue with Muslim thinkers of his time and his work offers guidance to Christians in today’s world who live in Islamic contexts in how to relate Christian convictions to a Muslim audience.
$114.95 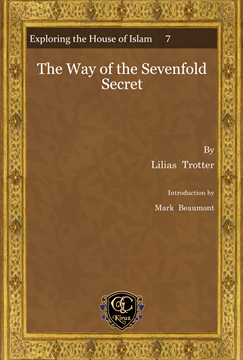 The Way of the Sevenfold Secret

By Lilias Trotter; Introduction by Mark Beaumont
Series: Exploring the House of Islam: Perceptions of Islam in the Period of Western Ascendancy 1800-1945 7
ISBN: 978-1-61719-942-4
Lilias Trotter moved from England to Algiers in 1888, at the age of 35, and died there in 1928. In the latter stages of her mission there, she wrote specifically for Muslims influenced by mysticism. Lilias based The Way of the Sevenfold Secret on Christ’s seven ‘I am’ sayings in John’s gospel, and attempted to link them to the traditional seven steps taken by members of Sufi orders in their quest for union with God. This republication should enable readers to capture the essence of a woman whose legacy is vitally alive for our times.
$165.00