Susan Hershberg Adelman MD is a pediatric surgeon now known for her writing. She also is an artist and a silversmith.

Born in Rochester, New York, Dr. Adelman majored in geology at the University of Michigan. There she married Martin Adelman, now Emeritus Professor of Intellectual Property Law at George Washington University. She graduated from Wayne State University School of Medicine, did her internship and surgery residency at Henry Ford Hospital, and did a Pediatric Surgery fellowship at Children's Hospital of Michigan.

One of the pioneer women in her field, Dr. Adelman practiced pediatric surgery for almost 30 years. She was the first woman President of the Wayne County Medical Society and of the Michigan State Medical Society. She was elected to the American Medical Association Council of Medical Service, then to the AMA Board of Trustees. She has held multiple chairmanships and board positions, and has received numerous prestigious awards.

Dr. Adelman was the Editor of the Detroit Medical News for 17 years, and she wrote a popular monthly column in AMNews for 10 years. She has written over 300 columns, numerous scientific papers, several book chapters, and short stories.

Her book, The Rebel: A Biography of Ram Jethmalani, was about a legendary Indian lawyer and senior member of the Indian Parliament. After Saturday Comes Sunday was inspired by her friendship with the 92-year-old Chaldean matriarch Norma Hakim. Her newest book, From Jerusalem to Delhi, through Persia, tells of the great attraction to India felt by Israelis and other Jews. To explain it, the book goes back to the ancient Persian empires and the Zoroastrian religion that once connected them all; important influences that remain a part of Jewish memory. 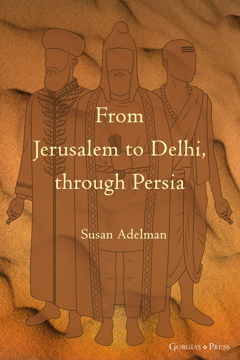 From Jerusalem to Delhi, Through Persia

By Susan Adelman
ISBN: 978-1-4632-4406-4
Why are Jews so attracted to India, to Hinduism, and to Buddhism in the United States as well as Israel? They travel there by the thousands, attracted by the exoticism of course, but, Adelman believes, also drawn by an atavistic connection, dating back to the great Persian empires that extended from the land of Israel to the Indian subcontinent, linking the religions, myths, legends, literature, customs, even languages over the centuries. Influenced by her own profoundly mystical experiences, Adelman provides the history, explains the religions, shows the common origins, and gives astonishing examples of parallel symbolism.
$35.00 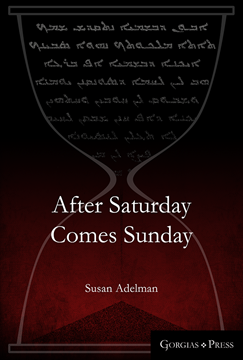 By Susan Adelman
ISBN: 978-1-4632-3904-6
Starting with the biographical story of a 92 year old Chaldean woman from northern Iraq and a biography of a Kurdish Jewish woman now living in Israel, Adelman writes about the history of Christians and Jews in the Middle East. Their languages, dialects of the 3000 year old Aramaic language, are under threat, and their homelands continuously threatened by war.
$35.00