Walter D. Ward is an Associate Professor at the University of Alabama at Birmingham. He studies the history and archaeology of the Mediterranean and Near East during antiquity and the early medieval period, focusing on the role of the Roman Empire in the Middle East. He is the author of The Mirage of the Saracen: Christians and Nomads in the Sinai Peninsula in Late Antiquity, published by the University of California Press. His next book, Comparative Urbanism in the Greco-Roman and Early Islamic Near East, will be published by Routledge in 2018. 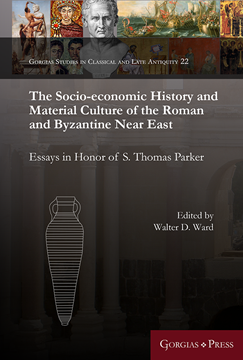 Edited by Walter D. Ward
Series: Gorgias Studies in Classical and Late Antiquity 22
ISBN: 978-1-4632-0701-4
A collection of essays written in honour of S. Thomas Parker by his former students and colleagues. The essays focus on surveys, material and written culture, the economy, and the Roman military in the Near East.
$190.00 $133.00