Geoffrey Herman is a researcher at the Mandel Scholion Interdisciplinary Research Center in the Humanities and Jewish Studies at the Hebrew University of Jerusalem. He has published extensively on the history of religious life in the Sasanian era. Among his publications are A Prince without a Kingdom: The Exilarch in the Sasanian Era (Mohr Siebeck, 2012) and Jews, Christians and Zoroastrians: Religious Dynamics in a Sasanian Context (Gorgias Press, 2014). 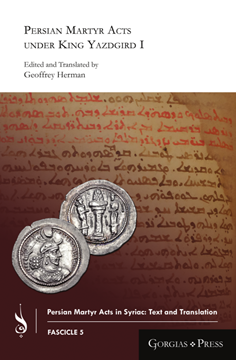 Edited and Translated by Geoffrey Herman
Series: Persian Martyr Acts in Syriac: Text and Translation 5
ISBN: 978-1-4632-0623-9
This volume presents five vivid tales of Christian martyrs from the fifth century. These accounts thematize the conflict between the martyrs' identity as Persian subjects loyal to the Zoroastrian king and their devotion to Christianity. 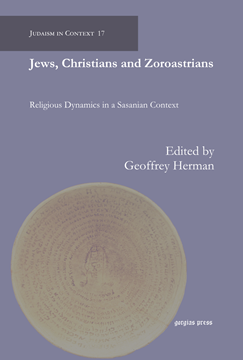 Religious Dynamics in a Sasanian Context